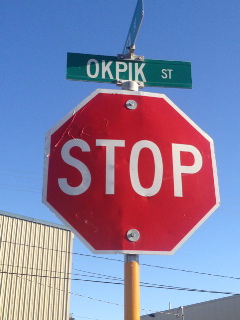 Corpse Whale by dg nanouk okpik has just been published by the University of Arizona Press. Dg is a graduate of the Institute of American Indian arts, where I have taught--and been taught in turn--for 22 years. She is Inupiaq Inuit originally from Alaska's Arctic Slope. Her family resides in Barrow, Alaska. She holds a BFA in Creative Writing from the Institute of American Indian Arts and an MFA in Creative Writing from Stonecoast College.

Her work is imagistic, but also linguistically and sonically rich. I was asked by the press to write a blurb, but the request came at a time when I just couldn’t get it done. Blurbs are difficult. One doesn’t want to make extraordinary claims, but one also doesn’t want to understate a poet's or a book’s promise. So I failed to come up with a usable blurb in time. However, near the deadline I dreamed a blurb that turned out to be too odd to use in marketing a book. I awoke one morning with the line “If the ears could speak, this is the language they would use” in my head.  Although those words might not help sell copies, I stand by my dreamwords. Corpse Whale bridges the intuitive and the scientific, the traditional and contemporary, through a language that derives both from dg's traditional culture and language and the sonic legacy of poets like T. S. Eliot and Dylan Thomas.

(By the way, a corpse whale is a narwhal, whose name is derived from the Old Norse word nár, meaning "corpse," which refers to the animal's greyish, mottled pigmentation, like that of a drowned sailor.)

One of dg’s poems can be found here:
http://www.poets.org/viewmedia.php/prmMID/21709

Buy the book from one of our local independent bookstores (Collected Works, as everyone knows, is my favorite). Support face-to-face contact before it disappears altogether:

http://www.collectedworksbookstore.com/
Posted by Unknown at 8:50 PM