It's National Poetry Month in Taos, Too! 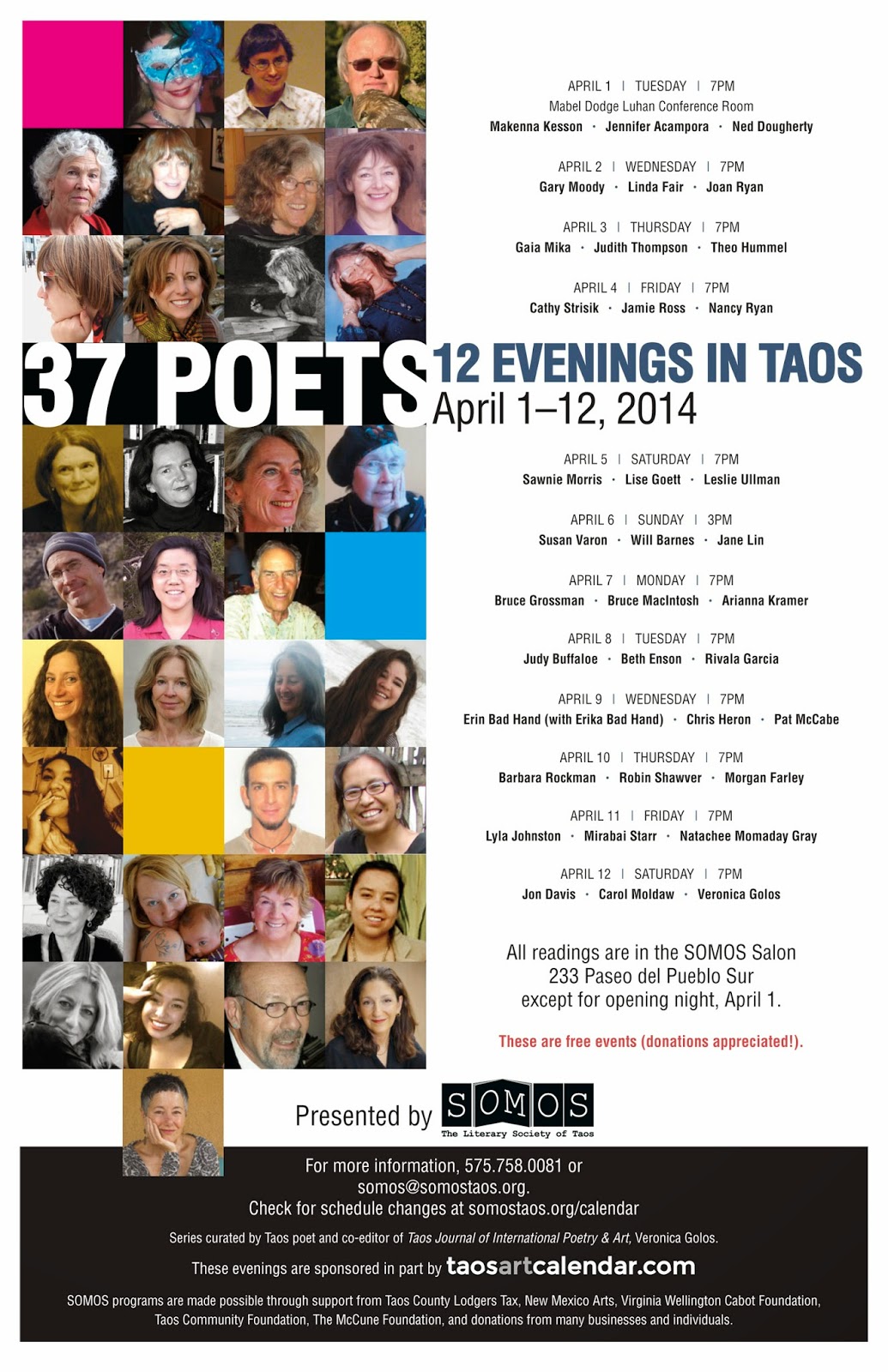 I seem to have the biggest head of all New Mexico's poets. I'll be reading with the more reasonably-sized poets Veronica Golos and Carol Moldaw on April 12 at 7 pm.
Posted by Unknown at 10:37 AM No comments: 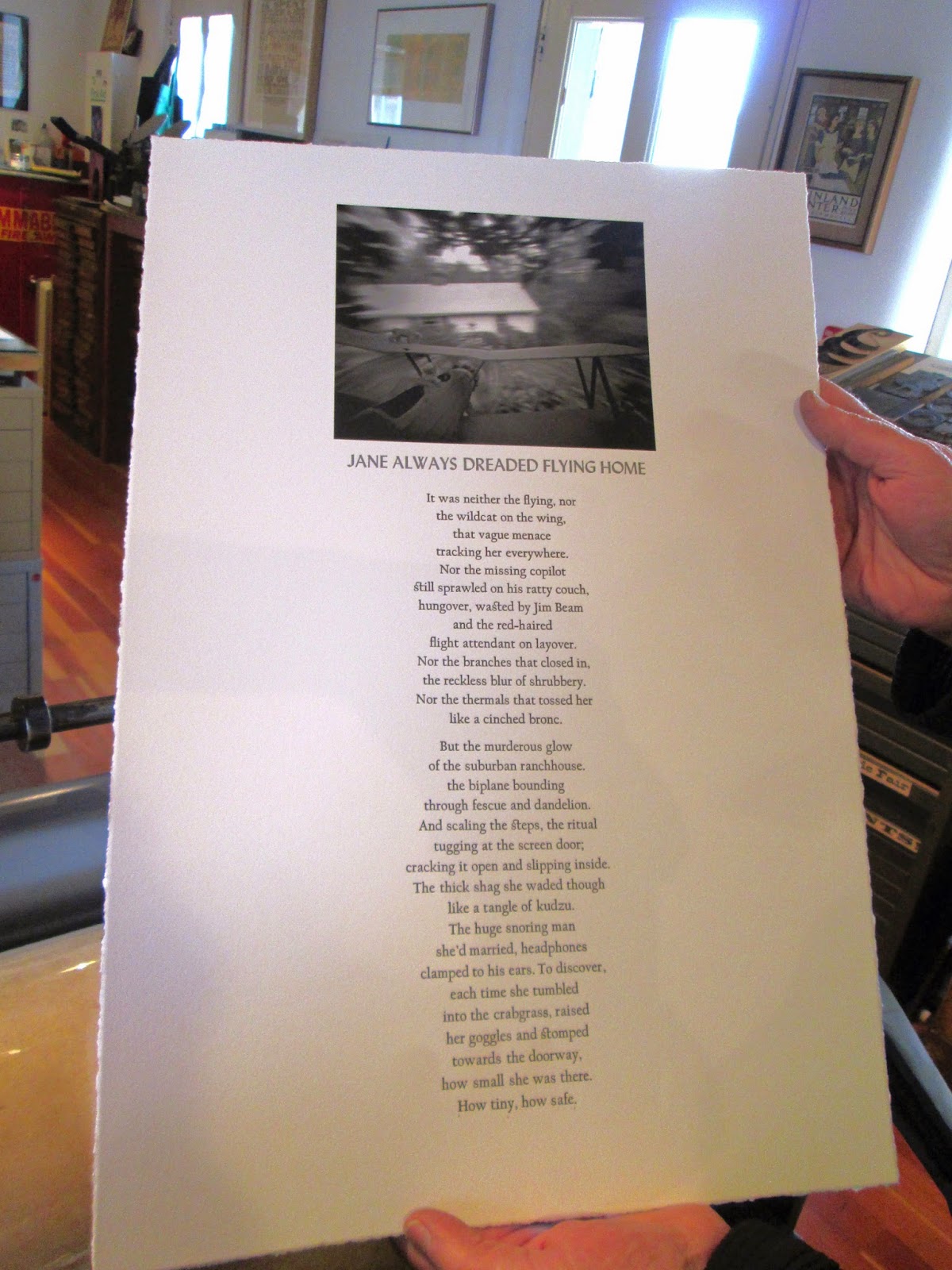 Tom Leech, Director of the Palace Press, asked me to write a poem based on a pinhole photograph from the upcoming exhibit Poetics of Light: Pinhole Photography that opens on April 27 at the New Mexico History Museum.  The photograph I chose was Gregg D. Kemp's "Jane Always Dreaded Flying Home." This is the resulting broadside. I just happened to drop in as Tom was printing the first one. It's beautiful. Check out the ligatures on the "st"! (Yes, we poets get excited about the oddest things.)
Other events associated with the show:
Friday, May 30, 6 pm, “Santa Fe Poets 5,” the fifth of six group poetry readings Davis is organizing as part of his tenure. Joining him in the History Museum Auditorium will be Chee Brossy, Joan Logghe, Carol Moldaw, Henry Shukman, and Farren Stanley. Free.
Sunday, June 1, 1 – 4 pm, “The Poetry of Light,” a writing workshop building on inspiration from Poetics of Light images. Open to high schoolers and older, the event is free, but reservations are recommended. Call  476-5096.
Posted by Unknown at 10:25 AM No comments: 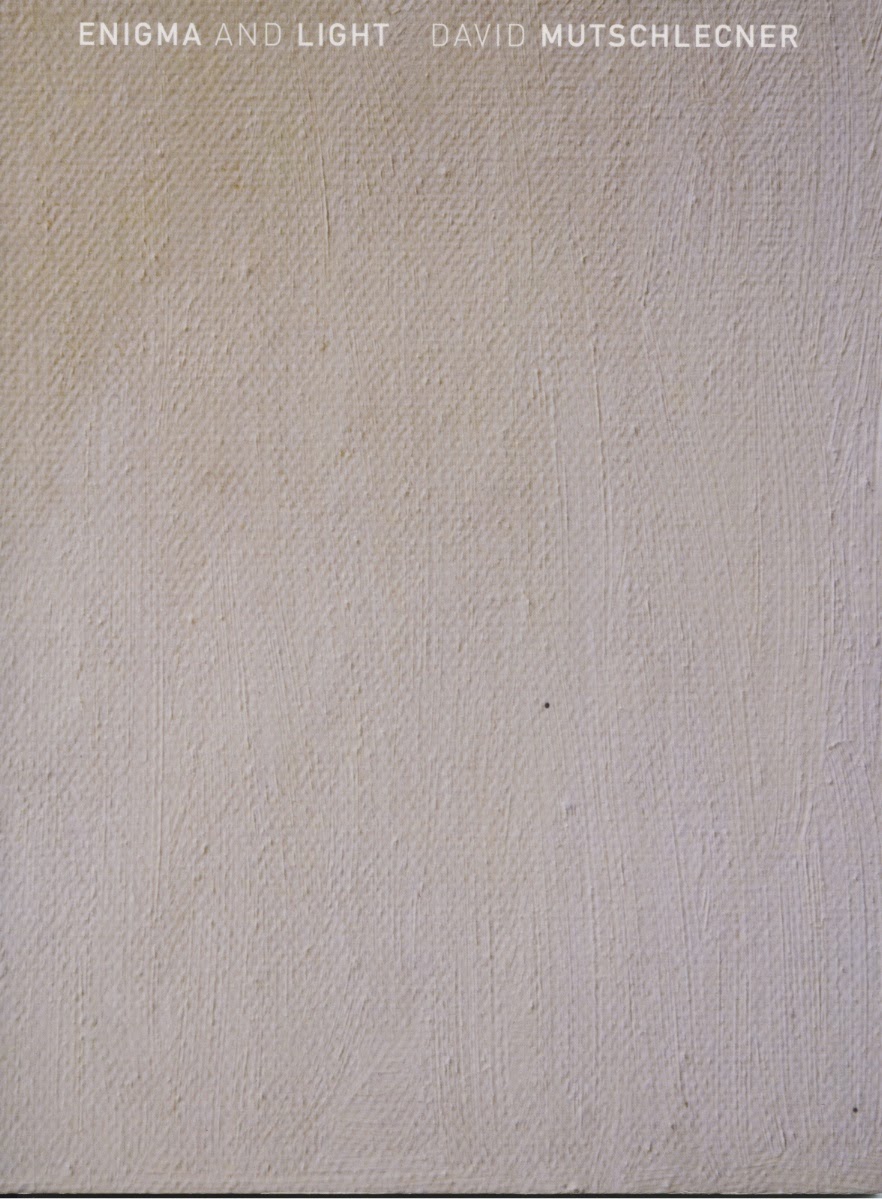 [NOTE: In Michael North’s Novelty: A History of the New, there’s a fascinating account of Pound’s phrase “make it new,” the phrase that is often seen as the slogan that instigated Modernism’s pursuit of novelty. In the account, North traces the phrase to Pound’s willful mistranslation of an inscription on a Shang Dynasty washbasin that dates from 1766-1753 BC!]

(NOTE: Heidegger’s complicity with the Nazis has made an asterisk necessary every time one discusses him, but his failures as a human being should not cancel his fascinating writings on language--though I suppose his writings on responsibility and ethics are fair game. Ditto Ezra Pound, whose broadcast rantings on economic policy on behalf of the Italian fascists landed him, ultimately, in a mental hospital. His work, especially his prose, is often marred by his mad, wrongheaded brilliance.)

[NOTE: I use the word “crux” deliberately here to hint at a mysterious sacredness, one which also haunts Poetry, Language, and Thought:

Crux, n. 1814, "cross," from Latin crux "cross." Figurative use for "a central difficulty," is older, from 1718; perhaps from Latin crux interpretum "a point in a text that is impossible to interpret," in which the literal sense is something like "crossroads of interpreters." Extended sense of "central point" is from 1888.]

The poem can be found at The Santa Fe Reporter's website: The Yawp Barbaric

David Muschlecner will give a rare reading at Collected Works on Sunday, March 30, at 4 pm in the Muse Times Two series.

Posted by Unknown at 8:44 PM No comments:

SANTA FE, NM — On Wednesday, March 26, 2014, from 5:30 to 7:00 p.m., City of Santa Fe Poet Laureate Jon Davis will host “Santa Fe Poets 3,” the third of six readings, the remainder of which will take place over the next four months at various venues in and around Santa Fe. Each reading will feature a different group of five poets reading with the poet laureate. The March reading will take place in the community room at the Santa Fe Public Library, Southside Branch. The event is free.

At this reading, Davis will read from his new manuscript and from his most recent book, Preliminary Report, published by Copper Canyon Press in 2010. In addition to being Santa Fe’s fourth poet laureate, Davis is Director of the Low Residency MFA Program at the Institute of American Indian Arts, where he has taught for 23 years.

Joining Davis for Santa Fe Poets 3 will be:

Will Barnes, who was awarded two Academy of American Poets’ Prizes at the University of New Mexico. He has poems in CutBank and the Taos Journal of Poetry and Art and has completed his first manuscript of poems.

Monika Cassel, who is chair of the English Department at New Mexico School for the Arts, a statewide charter arts school. She is working on a translation of the German poet Durs Grünbein’s Porzellan.

Matt Donovan, who is Co-Chair of Creative Writing and Literature at Santa Fe University of Art & Design. He is the author of Vellum (Houghton Mifflin/Mariner, 2007), which won both the 2006 Bakeless Prize in Poetry and the 2008 Larry Levis Reading Prize. Donovan is the recipient of a Rome Prize in Literature, a Whiting Award, a Pushcart Prize, and a Literature Fellowship from the National Endowment for the Arts.

Christopher Johnson, who is Production Manager at Collected Works Bookstore & Coffeehouse and host of the Collected Words poetry show. He is a member of the Artist Collective Meow Wolf and a poet, freelance writer, and reporter whose articles and poems have appeared in Photo-Eye Magazine, The American Poetry Review, and The Weekly Alibi.

Kim Parko, who teaches at the Institute of American Indian Arts, and is the author of three collections of poetry and flash fiction, The Rest of the World Seems Unlikely (Achilles Chapbook Series), Three Acts with Vincent (Mud Luscious Press), and Cure All (Caketrain Press).

The Santa Fe Public Library, Southside Branch, is located at 6599 Jaguar Drive. For more information, call Jon Davis at 424.2365 or e-mail him at jdavissimo52@gmail.com.

Established in 2005, the Poet Laureate program actively promotes poetry and the spoken word as integral parts of our civic life.

Posted by Unknown at 6:18 AM No comments: